This Winter Quarter a number of interesting courses are offered in the Department of Spanish & Portuguese Studies.  Some of these classes are special topics that may only be offered once, while others are offered by the department on a rotational basis.  The list below is a summary of some the featured classes we will be offering.  For information regarding applicability of a given course for the Spanish major or minor, consult the Winter Quarter 2017 Time Schedule or email the SPS Academic Advisor. 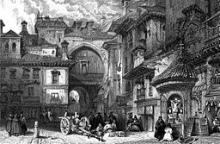 Literature and other modes of cultural production in early modern Spain are frequently marked by representations of difference.  Tensions based in ethnicity, wealth, and gender drive narrative conflicts that are often never fully resolved.  Taken collectively, the readings for this class will help to illuminate the complex social divisions at work in this pivotal moment in Spanish history.  Genres to be covered will include the novela morisca, the novela picaresca, the crónica de indias, and a selection of lyric poetry from the period. 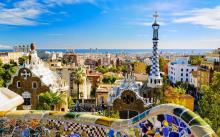 This course will examine cinematic representations of Barcelona, Spainʼs second largest city or the capital of a culturally independent Catalonia, depending on oneʼs perspective. We will focus on the internal view of the city as well as the external view, from the silent era to the present, screening and critiquing films produced by Catalans, Spaniards, and filmmakers from the U.S, Mexico, France and beyond. Our goal will be to determine the ways in which cinema has contributed to making this city a consumable good, as a site of awe, revolution, crisis, and absence, and even as a touristic product.

SPAN 395: Special Topics in Latin American Literature - The Battle of Chile: Literature and Culture during and after Pinochet's Dictatorship 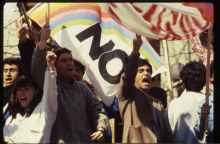 This course is devoted to exploring poetry, chronicles, novels, short stories, and films produced in Chile under Pinochet's dictatorship (1973-1990) and after the return to democracy. How did the works from the totalitarian period represent dictatorship, and how did authors from democracy reflect on this period? These questions will guide our discussion and will help us to discover the ways in which literature and other arts thought about this period of trauma and change.

SPAN 407 introduces students to the study of bilingualism, focusing on Spanish/English bilingualism in the US.  It explores bilingualism as both an individual and social phenomenon, and aims to raise students’ awareness about its benefits as well as complexities. 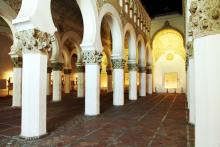 This course explores Sephardic art, music, food, film, literature, citizenship and nationhood, identity, and the origins of ladino, among other topics. It will also provide a chronological overview of the Sephardim in Spain and the diaspora in relation to Latin America.