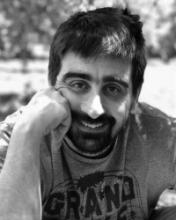 Editor’s Note: The Department of Spanish & Portuguese Studies welcomes three new Assistant Professors in the 2021-2022 academic year. This article is the third published in a series of three.

Juan Pablo Rodríguez Argente is the new specialist in Medieval Hispanic Studies in the Department of Spanish & Portuguese Studies at the University of Washington. Rodríguez Argente started in the department earlier this academic year.

This spring quarter Rodríguez Argente is teaching two classes. Of the first, an edition of SPAN 394, he explained: “This course has a double purpose. On the one hand it works like a survey since we are reading canonic texts and talking about the broad medieval horizon. On the other hand, we are focusing on the literal/metaphorical appearance of animals in those texts and reading said appearance through the lens of modern animal studies and Political Theory.” This course ties in with an area of subject matter that is of particular interest to him, the interactions between Political Theory and the perception of animals and nature in late medieval Castile.

Rodríguez Argente is also teaching a section of SPAN 315 this quarter. An experienced instructor of Heritage Spanish, “It is great that increased room is conceded to Spanish in higher education, not only as a second language, considering the increasing native speaker population in the country”, he commented.

Active in publishing, in 2018 Rodríguez Argente published with Dr. Teresa Tinsley and Dr José Rodríguez Molina, Relación de Hernando de Baeza sobre la conquista del Reino de Granada, an unedited version of de Baeza’s narration of the conquest of Granada by the Reyes Católicos. “Baeza offers a captivating account of the events from his point of view as an assistant to the last King of Granada, Boabdil. His story is alive, full of battles, court intrigue and the description of many natural phenomena.”

Rodríguez Argente is also working on two articles and a book. One of the two articles is on Lugones’ short story “Yzur”. “I focus on a novel connection with Hebrew magical tradition that could explain the origin of the story’s title, which is also the name of the main character, the monkey Yzur.” The other article focuses on Evangelista de Cortona, while Rodríguez Argente describes as “…one of the funniest satirical and carnivalesque authors in late medieval Castile. He wrote a satirical hunting manual and a satirical apocalyptic vision.” This focus on animals extends to Rodríguez Argente’s book: “My book will grapple with animal status in the Hispanic late medieval world and its connections to contemporary political theory.”

Joining the department constitutes a return to the Seattle area and UW for Rodríguez Argente. On living in the area, he said, “It feels great, I have loved Seattle and UW since the first time I came here to study in 2007. I currently live in a quite forested area, and I know one of these days I am going to see some Ewoks strolling around.”

Born in Jaén, Andalusia, Spain, Juan Pablo Rodríguez Argente has lived most of his life in Granada, also in Andalusia, Spain. Rodríguez Argente earned a PhD in Spanish Literature from Yale University in 2017, and an M.A. in Spanish Literature from University of Washington in 2009. He graduated with a BA in Filología Española from Universidad de Granada in 2003.