Promotional Image from the Film "Leva" 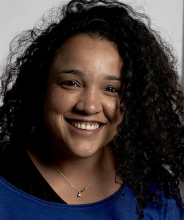 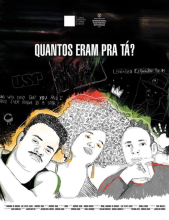 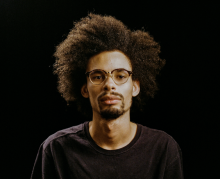 During the winter quarter, Luso-Brazilian Cinema class (PORT 365/ JSIS A 365) had the pleasure of hosting two prominent Afro-Brazilian filmmakers. Students were able to enjoy the visits of several experts in film and Brazilian culture, including two of the directors of the assigned films: Vinicius Silva on January 19th, 2021, and Juliana Vicente on January 28th, 2021.

As Afro-Brazilian artists, both Vinicius and Juliana’s works and lives are surrounded by the stories and historical systemic oppression of Black Brazilians. In the case of Vinicius, students had the pleasure of watching his short film, Quantos eram pra tá? (2020), a film loosely based around his life as an undergraduate, with two other friends, and reflects upon their experiences with higher education (a virtually exclusively white institution) in Brazil until affirmative action. In the case of both visits, students and any visitors to the events were able to ask both of the film-makers questions in English and/or Portuguese.

Juliana Vicente visited the Cinema class this quarter to discuss her documentary Leva (2011), surrounding the inspirational mutual-aid societies popping up all over Brazil because of poverty and the availability of abandoned commercial buildings, which are then remodeled by the occupied community residents into glowing communities. What started as a film school project turned into an extremely fruitful film which led to long-lasting connections for Juliana, who is still in touch and still works with the communities and their leaders she profiled. Juliana has also been working with Netflix and releasing several educational short films about what it means to be Afro-Brazilian through the lens of several of the subjects she interviewed in Afronta! (2017).

The students of PORT/JSIS 365: Mapping Luso-Brazilian Cultures in Cinema would like to sincerely thank both film directors Vinicius Silva and Juliana Vicente for coming to speak as well as to the sponsors of these talks: The Department of Spanish and Portuguese Studies and the UW Center for Global Studies. Obrigadx!