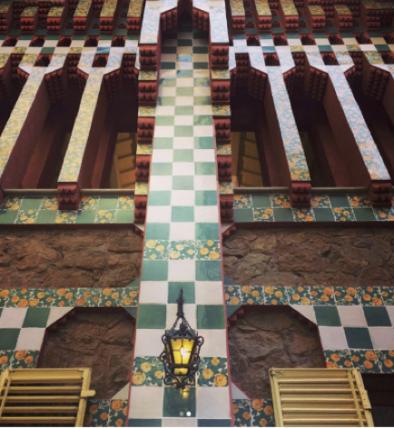 Leigh Mercer, Associate Professor in the Department of Spanish and Portuguese Studies and Comparative Literature Cinema and Media Studies, has obtained for the second time in her career the 2021 Society of Scholars fellowship through the Simpson Center for the Humanities.

Her book project, Identity by Design: The Role of Catalan Nationalism in Barcelona’s Touristic and Cultural Productions, uncovers the ways in which the international and occasionally national recognition of Catalan difference has been ‘by design,’ indeed by ‘Barcelona design.’  Identity by Design examines how Barcelona has become a crucible of Catalan identity in the new millennium, where competing images of what it means to be Catalan--as both a historical identity and consumerist brand--play out within and against the broader context of Spain’s nation-building project. Engaging with various modes of Barcelona’s popular, consumerist, and especially touristic culture, this book maps the role these cultural productions have had in creating and promoting Catalan ‘difference,’ with the overarching goal of understanding the very materiality of the present-day Catalan nationalist project.

Prof. Mercer's inspiration for this work centers on Barcelona tourism studies in the wake of the 1992 Olympics, but she wants to update the assumptions surrounding that pivotal moment to consider more recent political development and changes in mass tourism to the city.  “Catalan nationalism has garnered a lot of international attention in recent years” and “there is also growing interest in tourism studies in Spain, since tourism represents more than 10% of the Spanish GDP," Prof. Mercer explained. This project is in its initial phase and she plans on writing one or two chapters during the fellowship year.

According to Prof. Mercer, the Society of Scholars Fellowship represents a huge benefit as it "offers one quarter off teaching and a full year of meetings with other fellows (faculty and graduate students alike) to workshop the research and writing you are carrying out."  She also encourages graduate student applicants to submit proposals for this incredibly competitive fellowship.  Just “keep trying," she added.

Prof. Mercer, who specializes in 18th to 21st Century Iberian Literature and Culture or, as she calls it, the ¨long 19th Century¨ which reaches from 1800 till 1936, also obtained the same fellowship 6 years ago. That achievement helped launch her second book project, An Incoherent Voyage, on Spanish silent cinema. If you want to learn more about Leigh Mercer’s career and research, follow this link.