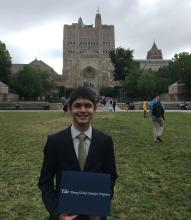 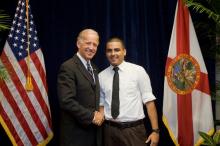 The Portuguese word parça loosely translates as “brother.” Parça is the short for the word parceiro (colleague, partner) and that is how the seventeen-year old high school student, Leonardo S. B, referred to his UW online exchange mentor, Marcelo Ramírez, an undergraduate from the Jackson School of International Studies, who plans to attend Law School in the near future.

Both Leonardo and Marcelo participated in the “UW-Dux Bridge Mentorship Program.” This initiative involved the online exchange between high school students in Brazil, mostly from public schools, and UW students taking Portuguese language classes during the winter of 2016.

The project started with the intention of providing both group of students an opportunity to practice their foreign-language skills, to promote intercultural understanding, and to provide Brazilian high school students with mentorship from a university student in the US. Participants were assigned an exchange partner based on their academic area of interest. This is how Leonardo and Marcelo came to exchange ideas about politics and international affairs. Leonardo is a bright student who has the dream of attending a prestigious school outside Brazil and then return to his country to contribute to its development. In his answer to a survey during the selection process of high school students, Leonardo writes:

“Participating in the program represents for me an opportunity of growing academically and personally while developing my language skills in cooperation with a colleague as passionate about knowing new global perspectives as me.”

The sentence above describes well Leonardo’s experience in this mentorship program. During the Skype conversation sessions, Leonardo expressed his desire to pursue a higher education in the US. He received full support from his mentor Marcelo Ramírez. In an online exchange from February 24, 2016, Marcelo writes:

I had a great time speaking with you, lil bro. Keep up the good work in school and stay ambitious no matter what. Persevere in all that you do and above anything else, never give up. When I go to Brazil or you come to Seattle, let me know and we will catch a futebol match together. I've never been to a Brazilian league match and I hear southern Brazilian futebol is no joke.
Um bom carnaval, parça!

Leonardo also became acquainted with Sebastián López Vergara, a graduate student in Comparative Literature at the UW, who exchanged emails with Leonardo and participated in some of the online exchanges. For both Sebastián and Marcelo, talking to Leonardo was an opportunity to be exposed to the Portuguese language and Brazilian culture. Moreover, they served as role models to a young scholar attending the public school E.E.E.F.M. Carlos Drummond de Andrade in the interior of the Rondônia State, in the North of Brazil.

Marcelo helped Leonardo with the application process for a summer program at Yale and Oxford by reviewing his letters of application and sharing his experience as a seasoned university student in the US. Although Leonardo is an outstanding student, we would like to think that our mentorship exchange helped him to achieve his goals. Leonardo was accepted with full scholarships at the summer program at Yale, Yale Young Global Scholars 2016 and at Oxford for a two-week program in international relations and leadership: Oxford Royale Academy Global Leadership Programme.

We are extremely happy for Leonardo, and we hope to continue with the UW-Dux Bridge Mentorship Program in the years to come. This initiative was just possible thanks to the support of the Department of Spanish and Portuguese Studies and to the Dux Institute in Rio de Janeiro. We are also grateful for the legal advice we received from the Office of Risk Services, and to the Dream Project at the UW for their guidance. We finish this note with the words of Leonardo in his message to his UW parças:

Thank you for being interested in learning my language, for teaching me about your culture, for helping me improve my English communicative skills, for giving me a taste of college life at UW and, above all, for being part of my life. You are now my US brothers (irmãos/parças). Hopefully, you guys have learned as many things from me as I learned from you :)

Content for this article provided by Eduardo Viana da Silva.