A Unique and Lasting Legacy Tony Geist is a big man, both in stature (he stands well over six feet tall) and in his capacity for turning ideas into realities.

During twelve years as Chair of Spanish and Portuguese Studies, Geist brought the department to a new level. His spacious office on the first floor of Padelford Hall housed his impressive collection of books and publications and became, during Geist’s residence, a hub for ideas, conversations, brainstorming, troubleshooting and energy that filled the room and flowed out the windows.

“I never wanted to be anyone’s boss,” said Geist of his initial appointment to the Chair position. “If I did, I would have been chair ten years earlier.” But during his first term Geist discovered, much to his surprise, that he was good at it.

One of his first goals, and his proudest accomplishment, was to create a pleasant working environment. “I inherited a dysfunctional and demoralized department,” he said. “I wanted to change that and while I couldn’t give my colleagues raises, I could throw great parties!” Department parties and events, many of which were generously held at Geist’s home, included group activities such as the Casa Latina holiday gift drive. “We spend more time at work than we do at home so it might as well be enjoyable,” said Geist. And, he added, a positive work environment trickles down to students.

The Chair position is normally a five-year term. Why did Geist stay for so long? “When I was asked to do a second term,” he explained, “I was grateful for the time to consolidate programs and projects I had begun so they would last beyond me.”

Geist’s parents were working class intellectuals whose friends were professors, artists, and working men and women, a factor which drove both his vision for SPS and his scholarship. 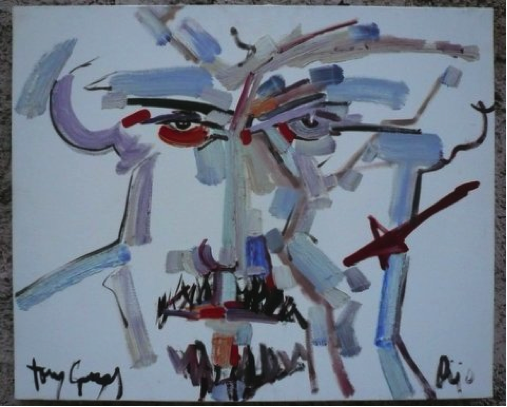 Raised in Santa Barbara, Geist’s parents were in love with Hispanic Culture. His mother was a flamenco dancer and his father, who spoke Spanish, recited poetry in both Spanish and English. When his father dropped out of a Ph.D. program at Berkeley to spend ten years organizing labor unions up and down the California coast, Geist was exposed to a part of life that would influence his ultimate direction. “My parents were radicals and had friends who were veterans of the Abraham Lincoln Brigade,” he said of his exposure to the Spanish Civil War.

Geist’s early scholarship centered on poetry, particularly 20th century Spanish poetry. At some point in his career, looking for a way to marry his scholarly focus with his political and social leanings, Geist’s exposure to and interest in the Spanish Civil War was the ticket and spawned two books: Passing the Torch, the Abraham Lincoln Brigade and its Legacy of Hope, a photo essay of veterans of that war; and They Still Draw Pictures, a collection of children’s drawings during the Spanish Civil War. His documentary film on the Lincoln Brigade, Souls without Borders, is also an outgrowth of Geist’s research and scholarship.

Geist was asked to do a third term as Chair. He initially resisted but ultimately agreed to a three-year term. “I care deeply about the department,” said Geist who has been with the UW since 1987, arriving as an Associate Professor from Dartmouth. However, unexpected health concerns became a factor in Geist stepping down early from this third term. “And family,” added Geist, glancing at photos on his desk. “The job is demanding and I want to spend more time with my wife and daughters.”

In addition to teaching two courses during winter quarter, Geist plans to finish his book on Spanish surrealist poetry from the 20’s and 30’s. He is also working on an exhibit and catalogue of Basque exile painter, Miguel Marina, whom Geist describes as an “unjustly unknown painter” in both Spain and the US. “He was a family friend and neighbor in Santa Barbara,” said Geist, “So this project ties my childhood with my later career.”

After all this time in the roomy Chair office, how does it feel to be back in his old office on the 2nd floor? “Cramped!” laughed Geist, whose collection of books miraculously fit into his significantly smaller office, taking up all available wall space surrounding his desk. On leaving the Chair position, Geist said, “It’s time. Time for new blood, new vision. I have great confidence in Ana Gomez Bravo’s leadership.”