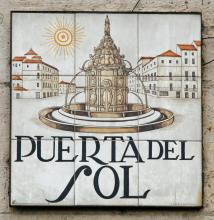 The seminar will take place in three Spanish cities, focusing on immigration as a global phenomenon. The course will cover three aspects of immigration in Spain, and classes will take place in two cities: Salamanca and Madrid. The first phase will date back to 1492 and all the implications of massive emigration to the Americas and the relations between dominant and subordinate ethnic groups, as well as the struggle for political and economic power. The second phase will talk about Spain as a country of exiles forced by economic or political reasons to emigrate to Latin America and Northern and Central Europe. The third phase will cover Spain and its role as a country of transit to the rest of Europe and as a recipient of immigrants with all the social, economic and political implications for this new model.

In Madrid we will visit centers of attention to immigrants. These NGO's are working toward the incorporation of immigrants into the social fabric of Spanish society. The last part of the course will be a comparative study between the US and Spain and their historical practices in regards to immigration and the new policies they have crafted to deal with this new social order. All classes will be taught in Spanish by specialists in immigration.

Besides all the hard work, students will also have the opportunity to live with families and to take excursions and day trips to different sites and cities, such as Avila, Toledo, etc; as well as have the opportunity to do a walking tour of old Madrid, the Madrid of the Hapsburgs and on another afternoon, the Madrid of the Asturias. We will visit El Prado Museum and Parque el Buen Retiro, the capital city's equivalent to Central Park. And of course students will eat great bocadillos at Museo del Jamón.

This course will examine Spain on the global historical context of migration, and the relations between dominant and subordinate ethnic groups, dating from 1492 in the Americas up to the present. The Seminar will focus on the emergence of Spain, in the 19th century particularly a source of emigrants, as a receptor country of immigrants, documented and undocumented, and the social, ethnic and economic changes that it is going through to create a model to integrate its immigrants as transnational citizens.

Housing will be arranged in youth hostels and in homes.

Further questions about the program can be answered by
María Gillman mgill@uw.edu and UW Study Abroad Advisor Tim Cahill: timint@uw.edu.

María Gillman is the Third Year Language Program Coordinator and Director of Experiential Learning in the Division of Spanish & Portuguese Studies. She has directed UW Study Abroad programs in México, Ecuador, and Guatemala.

Additional information about this program has been archived.