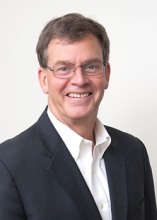 “The exposure to another culture at a deep enough level to include language studies rounds a person out and helps them think differently when addressing a problem.” Said Gregg Blodgett, ’76. Blodgett, who graduated from University of Washington with a double major in Spanish and Accounting, has led a successful professional life in both technology and philanthropy.

Concluding his career with his retirement from Twisted Pair Solutions as CFO in 2011, Blodgett spent the first 14 years of his professional life in accounting and banking, before transitioning to technology startups: “I found the nature of technology companies super stimulating, both for their fast pace, and the rapidly changing highs and lows.” The switch was difficult at first, though eventually he found success: “My big break after a couple of unsuccessful startups was getting hired by a healthcare technology company as CFO.…Shortly after arriving we did an initial public offering (IPO) which, after we sold the company 4 years later, lead to a series of other CFO jobs at smaller, venture backed technology startups.”

For example, Twisted Pair, "offered a robust communication network that integrated two way radios into the rest of the telephonic and IP worlds.” As CFO, Blodgett said, “I was responsible for overseeing all accounting and financial operations, raising money, investor relations, making presentations to the Board of Directors, and working with other C-level executives in setting business strategy.”

Blodgett’s corporate experience with executive strategy translated over into his career in philanthropy. Blodgett is a member of the University of Washington Alumni Association (UWAA). He was on the UWAA Board from 1999 to 2008, and was president of the association from 2006 to 2007. He remains active with the association today through their Legislative Advocacy Program and will be sitting on the Board Nomination committee this year.  He also previously assisted SPS directly as a member of its advisory board under Professor and former Chair Tony Geist.

Blodgett’s interest in philanthropy as a member of UWAA stems from his own personal philosophy: “it’s become a cliché, but I believe in paying it forward.  The UW captures my passion and pride about place—my home in the Pacific NW and the very significant role it played in the foundation of my personal journey.  I’ve been fortunate and I hope to help provide opportunities for others to succeed.”

Supporting the University make sense given its significant contributions to life in the Pacific Northwest. Blodgett said: “The UW plays such a fundamental role in so many aspects of what makes the Seattle area and the Pacific Northwest great: the economy, entrepreneurship and business formation, and medical and environmental research, to name just a few. And UW’s impact is not just limited to our region—much of what it does has significant and broad impact on the country and globally. The UW is our crown jewel.”

Although Blodgett’s career has not always directly involved his background in Spanish, he still recalls fondly his coursework in the department: “I particularly remember the drama classes taught by Professor Emeritus Farris Anderson,” said Blodgett. “Reading the poetry of Lorca for the first time [was] magic.” He credits his education in Spanish for assisting in his success: “I have no doubt that indirectly my Spanish studies at UW helped my career.”

Throughout his professional years Blodgett maintained an interest in the language: “During all the years since receiving my degree I have read novels in Spanish at a regular pace and my reading fluency is good.” He added, “I have read all 20 or so novels that have won the annual Premio Alfaguara—a prize for the best novel written in Spanish each year.”

Now that he is retired, Blodgett has devoted some of his free time to the study of Spanish: “Since my retirement I have been spending several weeks each summer at language classes in various cities in Spain rebuilding my speaking and listening skills. I’ve studied in Cádiz, San Sebastián, Salamanca and Valencia and hope to hit Granada or Málaga this summer. I enjoy ‘pretending’ to live a student lifestyle again. Spain is a fantastic place to do it.”

For students, Blodgett suggests maintaining a broad and active knowledge in topics of the day: “I think one is best prepared for what comes by making sure one is conversant in the broad topics facing us in business and, just as importantly, in society in general, as most problems and opportunities will have a business aspect to them. And choose carefully where to take a deep dive— develop subject matter expertise based upon your interests and where there are opportunities.”

For recently graduated students, he has additional words of advice: “be open to opportunities. Be intellectually curious. Follow your heart. You can afford to take risks when you are young. Don’t get stuck in a box.”