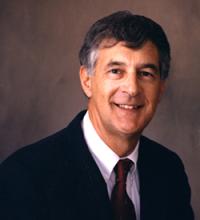 The Michael P. Predmore Endowed Fund for Books from Spain supports the purchase of books and materials published in Spain, in any language. Edward Baker and Bridget A. Aldaraca created this endowment in memory of their friend and colleague, Michael P. Predmore, Stanford professor emeritus of Iberian and Latin American Cultures and former chairman of his department. Before joining Stanford in 1986, Predmore served on the faculty at the University of Washington for 21 years.

As a scholar of Spanish lyric poetry of the 19th and 20th centuries, Predmore is best known for his expertise on the work of Nobel laureate Juan Ramón Jiménez and poet Antonio Machado. His dedication to the study of Spanish and Latin American authors granted him numerous honors, including the Medal of the Order of Isabella the Catholic, one of the Spanish government’s highest awards for civilians.

To his colleagues, friends and family members, Predmore was an honest, ethical man, a model of collaboration and consciousness who put others before himself.

Anyone wishing to make a donation to the fund may do so through the University of Washington donation page for the fund.

This announcement was previously published on the UW Libraries webpage.