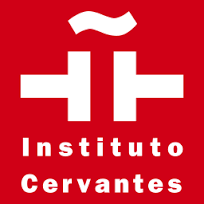 The Cervantes Institute was founded in Spain in 1991. The largest organization of its kind, its mission is to promote the teaching and learning of Spanish and to make known the diverse cultures of Spanish speaking countries. “There are 70 centers around the world,” said director, María Luisa Miguéliz, who works tirelessly to promote the mission of the Cervantes Institute. “Thanks to an agreement between the UW and the Cervantes Institute, Seattle has one of only five centers located in the United States.” The Seattle center, fortunately for UW, is located on the second floor of Padelford Hall.

Miguéliz, always smiling despite a hectic and heavy workload, keeps the center humming along with activities and programs that enhance and foster the mission of Aula Cervantes.

“The DELE (Diploma in Spanish as a Second Language) exam is one of the most important things we do,” said Miguéliz. “The exam, a certification in six levels of Spanish proficiency, is the equivalent of a language visa, an internationally recognized certification. If you are interested in proving your level of Spanish, if you are planning to travel or work in a Spanish speaking country, if you are applying for a job that requires Spanish knowledge,” said Miguéliz, “then the DELE would be a diploma to enhance your resume and market yourself.”

The DELE exam is offered in November, April and May. “This past year, Seattle University’s Spanish majors all took the exam,” said Miguéliz. In addition, a new DELE exam was piloted for K-12 students. “Seattle was one of the few centers in the world that had the privilege to participate in this trial,” said Miguéliz of their testing in several Washington and Oregon schools.

The Cervantes Institute collaborates with the division of Spanish and Portuguese Studies to and the Honorary Consul of Spain to offer academic and cultural events, many of which are open to the public. Recent events included: