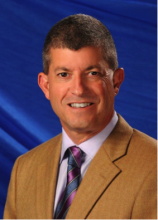 How does a degree in Spanish and Latin American literature prepare someone to be a college dean or university provost? “I'm not sure that any academic training really does that,” said UW alumnus Brent Carbajal, provost and vice president of Academic Affairs at Western Washington University in Bellingham, “but my experience at the University of Washington provided an opportunity to forge meaningful relationships with faculty and administrators who taught me how departments function, how critical clear communication is, and that people are the most important part of any institution.”

Carbajal, who received his MA in 1986 and his PhD in Romance Languages and Literature in 1993 added that he felt very much a part of the department back in the 1980's and that the lessons he learned then have served him well to this day.

A lifelong exposure to Spanish set Carbajal on his path early. Spanish was his paternal grandparents' first language and Carbajal’s father was a bilingual educator. “My heritage, combined with my love of literature, led me to pursue my graduate degrees,” said Carbajal who majored in Spanish at Lewis & Clark College in Portland, with a minor in English. “I had always loved literature, but I suppose it was reading Latin American literature as an undergraduate that sealed the deal for what I would study in graduate school.”

“My education at the UW was amazing and prepared me to be a professor of Spanish and Latin American literature,” noted Carbajal who worked in that capacity at both Western Washington University and Stephen F. Austin State University in Nacogdoches, Texas. He noted his appreciation for having studied with some of the top professors in his field, mentioning, in particular, professors Lauro Flores currently Professor and Chair of UW’s American Ethnic Studies as well as an adjunct professor for both Spanish and Portuguese Studies and the Jackson School’s Latin American Studies; Suzanne Jill Levine, a leading translator of Latin American literature and a professor at UC, Santa Barbara where she directs a Translation Studies doctoral program; and Rodney Bodden, Emeritus Lecturer, Spanish and Portuguese Studies.

“Without the excellent training in pedagogy and methods, the classroom experience teaching first- and second-year Spanish, or the world-class education in Latin American literature, there is no way that I would have been able to ‘hit the ground running’ in a tenure-track position or be promoted through the ranks, eventually to Full Professor.” It was during this time, Carbajal said, that he learned a great deal about universities and how they function.

While working as a faculty member, Carbajal made significant contributions to his field through research and the publication of two important works: Historia ficticia y ficcion historica: Paraguay en la obra de Augusto Roa Bastos in 1996; and The Veracity of Disguise in Selected Works of Jose Donoso: Illusory Deception in 2000.

One of the unfortunate realities of his administrative work is the lack of time for academic research, something he misses. “Right before I became Dean of the College of Humanities and Social Sciences in 2008,” said Carbajal, “I had been award a full-year sabbatical to write a book that I had planned on the Mexican ‘Crack Literature,’ looking at authors such as Jorge Volpi, Eloy Urroz, Ignacio Padilla and others.” His administrative responsibilities prevented him from taking the sabbatical but he hopes to return to that project someday.

Despite the fact that he misses research and teaching, Carbajal has been happy in his administrative roles at Western. Prior to his current position, Carbajal served as Western’s dean of the College of Humanities and Social Sciences and Chair of the Department of Modern and Classical Languages.

“What I have enjoyed most about all three administrative positions I have held is that they involve facilitating success. It's rewarding to watch implementation of various initiatives or processes occur, and then to witness student, faculty, and staff success result,” he reflected. Carbajal noted that his administrative positions require managerial acumen and organizational skills. “As some of my faculty mentors and former graduate student colleagues might recall, I am a maniacally organized person! I enjoy the fact that at least one of my personality traits can be put to some utility in these administrative positions.” However, he finds it curious that as a humanist, specializing in Spanish this is where he has landed. “I sometimes wonder how it is that I have found myself in these positions since I took degrees in the humanities rather than in accounting or management!”

Apparently Carbajal is exactly where he belongs. WWU’s president is initiating a process of converting his two-year appointment as provost and vice president for Academic Affairs to an indefinite or on-going one.

That is just fine with Brent Carbajal. “I have enjoyed this work and see myself doing it for some time to come.”