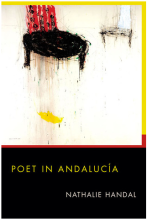 Nathalie Handal has lived in Europe, the United States, the Caribbean, Latin America and the Arab world. She is the author of numerous books, most recently Poet in Andalucía, which Alice Walker lauds as “poems of depth and weight and the sorrowing song of longing and resolve”; Love and Strange Horses, winner of the 2011 Gold Medal Independent Publisher Book Award, which The New York Times says is “a book that trembles with belonging (and longing)”; and the landmark W.W. Norton anthology Language for a New Century: Contemporary Poetry from the Middle East, Asia & Beyond. Her most recent plays have been produced at The John F. Kennedy Center for the Performing Arts, the Bush Theatre and Westminster Abbey, London.  Handal is a Lannan Foundation Fellow, winner of the Alejo Zuloaga Order in Literature 2011, and Honored Finalist for the Gift of Freedom Award, among other honors. Her poetry, stories, and essays on culture and travel have appeared in numerous publications including Vanity Fair, Guernica Magazine, The Guardian, The Nation, Virginia Quarterly Review, and Ploughshares. She writes the literary travel column “The City and the Writer” for Words without Borders. www.nathaliehandal.com 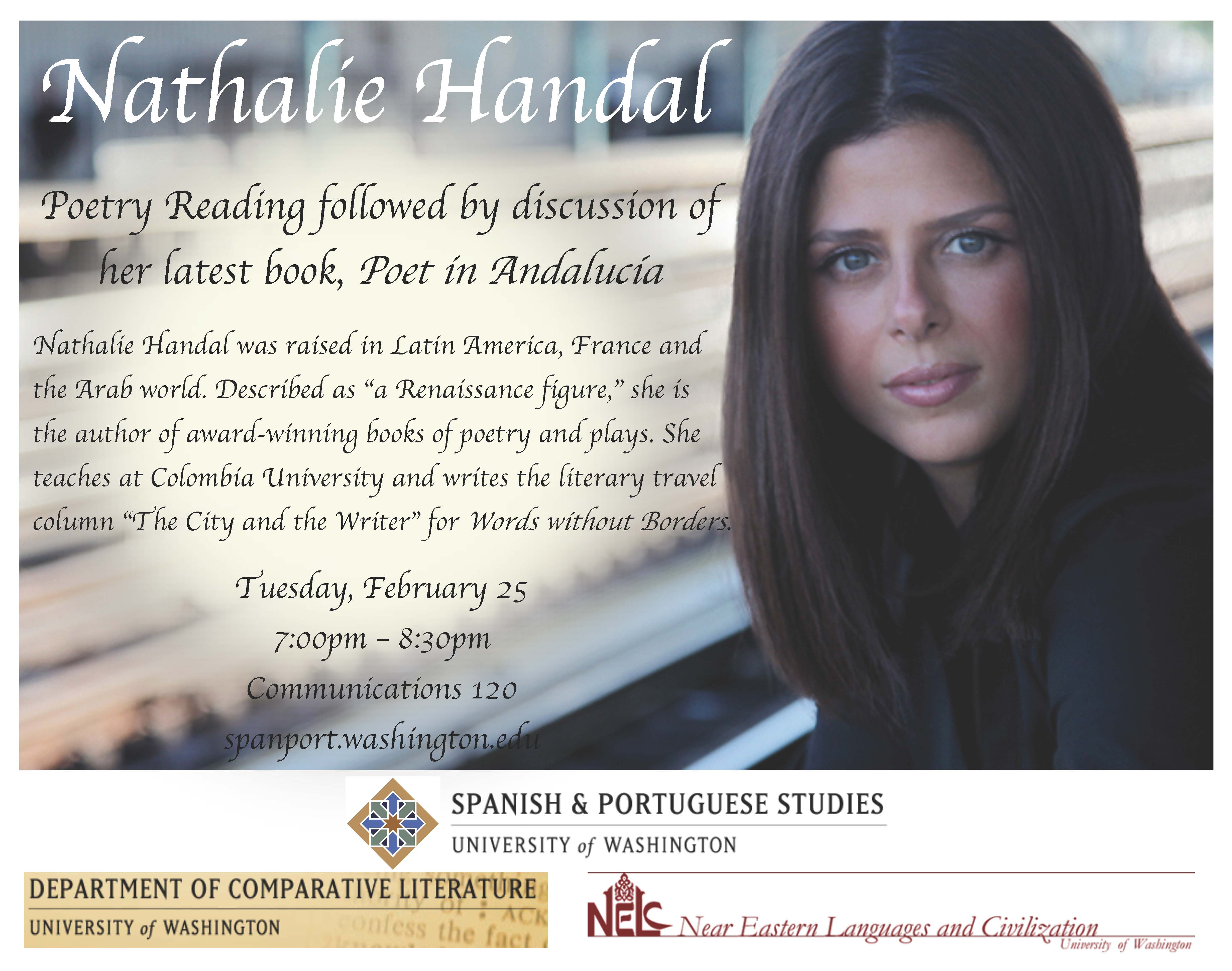