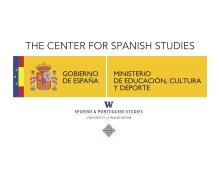 Congratulations are in order! The Center for Spanish Studies is this year’s recipient of the Washington Association for Language Teachers (WAFLT) “Public Awareness” award, which was presented at the annual WAFLT conference in Yakima in early October. The Center for Spanish Studies was recognized for its continuous and sustained support of Spanish Programs and all things Spanish within the education system. Eva González-Abad, Director of the Center, gave special mention to María Gillman, Lecturer and Third Year Spanish Coordinator, who works as a liaison between the Center and the Division of Spanish and Portuguese Studies. González-Abad also acknowledged the support of the Division, OSPI, the Honorary Consul of Spain in Seattle, as well as the office of the Lieutenant Governor of the State of Washington for helping to make this award a reality. Kudos all around! 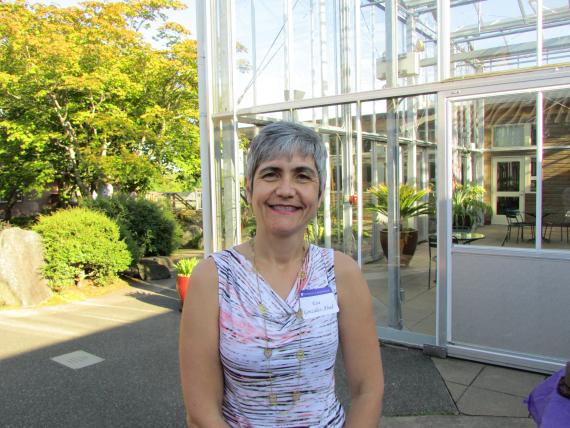 Eva González-Abad, director of the Center for Spanish Studies

The UW’s Center for Spanish Studies, one of fifteen in the U.S. and Canada, is a cooperative venture between the University of Washington, the Spanish Ministry of Education and the Office of the Superintendent of Public Education. Located in Padelford Hall, Room B-202C, the Center’s purpose is to promote and support programs that teach Spanish to K-12 students in both public and private schools.

Here are just a few examples of activities sponsored and made possible by the Center:

Be sure to check out the Resource Center’s bibliographic and video graphic materials as well as novels and books on teaching, traveling and Spanish culture. According to the UW Center’s Director, Eva González-Abad, anyone interested in the Spanish language and Hispanic cultures can borrow materials from the Resource Center. “No card required!” she laughed.