Alumna Spotlight on Katie King, 1983 | Returning to her Roots 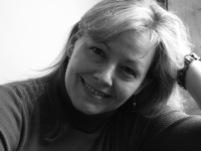 Katie King has come home. A 1983 UW graduate and recent inductee to the Department of Communications Alumni Hall of Fame, King is back in her native Seattle after spending the last thirty years of her impressive journalism career living and working in Europe, South America, Central America and the U.S.

As a student, King was divided between her two loves: Journalism and Spanish Literature. “I was drawn to journalism but I fell in love with the Spanish language,” said King, who spent two semesters studying in Spain. She graduated with degrees in both Communications and Spanish Language and Literature. Later, deciding between Spanish Literature and Journalism for her graduate degree (she was accepted to programs in both), King chose the latter, earning her masters from Columbia’s School of Journalism.

In her career as a journalist, writer and translator, King has worked as a producer for PBS. As Reuter’s chief correspondent in Mexico and Latin America, she covered the U.S. invasion of Panama and the Carandiru prison massacre in Brazil. King led digital and online news projects for Reuters International, taught journalism at George Washington University in Washington, DC, and has written for numerous publications including Spain’s leading daily, El País. While a Nieman Fellow at Harvard, King studied the impact of digital technology on the quality of journalism and served on the Nieman Foundation’s Advisory Board from 2007 to 2012. She is a member of the Society of Authors in London and the Online News Association where she was founding chair of the ONA International Committee.

Back to her Literary Roots

In April of 2013, King circled back to her literary roots publishing the English translation of esteemed Spanish poet Luis García Montero’s recent book, A Form of Resistance.

“I have been reading Montero’s work for years,” said King who has published translations of Montero’s poetry on the website, Words Without Borders. “My goal is for the English speaking world to know him because his message is universal and currently relevant.” When almost half of Spaniards are unemployed, Montero’s reflections on simple, everyday objects and the value and meaning we attach to those items offer a way to resist hopelessness and tie us together in our humanity. A Form of Resistance is available as an e-book through Amazon.com

Marking King’s entire career is her interest in always going someplace new, trying something else. “I have never regretted any move I’ve made,” she reflected. “I would encourage students to be successful in a myriad of ways, and to take risks. Expect to move on, using each new experience as a stepping stone to the next.” King feels it important to hone in on what one loves, do the work and find internships, which allow true learning about one’s chosen field.

For King, combining her two loves has worked. “I think one of the best things that the university does is encourage work experience and international study,” she said. Spanish has been integral throughout her career and King is emphatic about the importance of studying a second language. “Learning a new language makes you smarter, cleverer, more insightful and able to understand other perspectives, making you a better team person. In a competitive job market, that expertise can be a game changer,” she said.