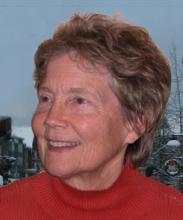 Suzanne Petersen, Associate Professor, is retiring in June. If you think she will be relaxing, gardening and traveling, then there is some nice swamp land in Florida you might consider buying.

“I am retiring so that I have time to pursue my research,” explained Petersen, a medievalist whose specialty is ballads. Her research began long before she arrived on the University of Washington campus.

“When I received the job offer from UW in 1973, I was living in San Diego, working on my thesis, and had just finished writing an NEH grant for ballad collecting and research in Spain,” said Petersen who was a member of the Instituto Menéndez Pidal Research Collaborative. Unsure if the grant would be awarded, she accepted UW’s offer. The grant did come through and although she couldn’t go during the academic year, she spent the next ten summers in Spain, researching and ballad collecting.

In Petersen’s own words:

“Concerted, systematic attempts to preserve the oral traditions of Spain before the last aging singers disappear date only from the 1970’s when scholars realized that the arrival of mechanized farm equipment and radio and television to even the most rural areas was beginning to undermine traditional life and attitudes towards the much venerated oral poetry inherited from their forbearers. This encroachment inevitably threatened the unique role of traditional balladry, its inherent mode of anonymous transmission, and its very survival.

Unlike lyric and narrative poetry born as a written composition and forever fixed in print, poetry composed and transmitted orally can and must constantly change if it is to survive, for unless it can adapt to the ever-evolving linguistic, aesthetic and ideological norms of each local community and succeeding generation, it becomes meaningless. Ballads that survived into the twentieth century typically address issues of universal human conflict such as those between husbands and wives, daughters and parents, young women and in-laws, usurpers of power, and the like. Beyond their entertainment value, ballads offered a venue for anonymous exploration of alternative solutions to such conflictive relationships. To a varying extent each new rendition of a ballad is not a simple repetition, but a reinterpretation, conscious or unconscious, of the meaning the ballad holds for the singer and his or her community.”

In traditional societies women sang while washing at the river bank or village fountain, rows of farmers sang to synchronize their scythes when cutting grain, young folk gathering olives and mothers with fussy babies sang and, gathered around the fire on a cold winter night, singing and storytelling were both the only available form of entertainment and an opportunity to explore and even challenge norms inherited or favored by those in power. As the mechanized, modern world encroached, ballads that for centuries had accompanied both communal work and play began to lose their viability, appeal, and ultimately, their relevance. This is why documenting what little remains of a dying tradition is so important.”

Petersen did not start out as a medievalist. In the late 60’s at the University of Wisconsin (Madison), as at many universities during that time, graduate students went on strike. All but one of the Spanish Department’s foreign-born faculty members supported the strike. Petersen’s then thesis advisor was the one who crossed the TA picket line. “That ended our relationship,” said Petersen. Striking faculty and striking students, who were holding classes off campus, got together and redistributed research areas. Petersen chose a favorite professor, Diego Catalan Menéndez Pidal, and thus a new thesis and area of specialization was born. “Traditional arts were gaining legitimacy in academia,” explained Petersen, “as researchers discovered their literary, social, and historical value.”

For her thesis, Petersen studied over 600 versions of one ballad. “Computer technology was essential to my research,” Petersen explained, “to enable understanding of how oral narrative songs transform over time and across vast geographic areas that encompass the entire Iberian Peninsula, South and Central America, Northern Africa and the Eastern Mediterranean.” In 1975 Petersen travelled to Spain with an undergraduate computer programmer. Using a program that had been written to determine placement of a highway between Madison and Milwaukee they replaced the variables necessary for that project with poetic variables to map narrative affinity among the 600 versions of her ballad.

“Sadly, I began too early,” lamented Petersen. “The project was designed back when database querying and the scripting potential for computer display was primitive. My research is all online—about 10,000 medieval and modern ballad “texts,” audio field recordings, medieval and early modern manuscripts and supporting documentation—but vast amounts of valuable data can’t be properly mined; it needs to be brought into the 21st century.”

Critical to Petersen is that this work survives. Data needs to be updated using new analytical capabilities to ensure future viability. This is Petersen’s life’s work and retirement means she will be able to devote more time to it.

During Petersen’s 40 years at UW, she taught medieval literature classes to undergraduate and graduate students, as well as Introduction to Fiction and, her favorite, 303 Composition and Stylistics. “This is the class where students get a chance to see that they can do in Spanish what they can do in English and that all the grammar work paid off,” said Petersen. She also handled course scheduling for the department and ran the Honors Program and the Cadiz Study Abroad program for many years. “I enjoy running the Cadiz program and seeing the students grow as their horizons broaden, they learn about themselves and look out for one another while abroad,” she said.

So, for Petersen, retirement means handing in her tenure line but continuing to teach at 40% and direct the Cadiz Study Abroad Program. “I feel good about this now because two new colleagues, Ana Gomez Bravo and Raquel Albarrán, have arrived to take over the medieval and colonial portion of the division, and strengthen our new Ph.D. program” she said with relief.

And, it means diving headlong into her research.